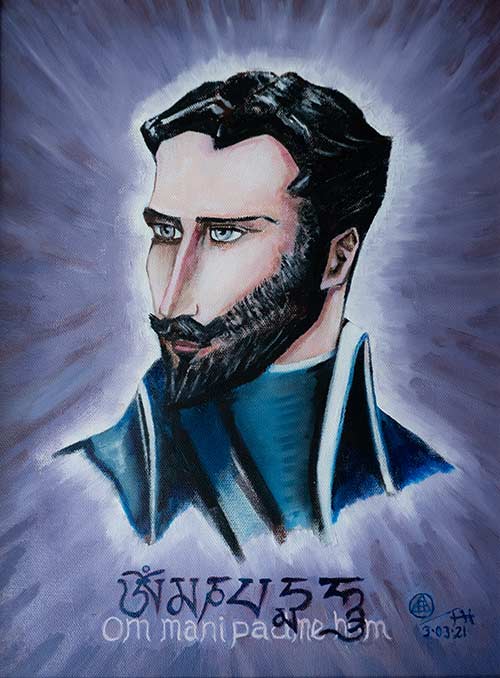 The most important aspect of a true occult school is the ‘guru parampara’, or as it’s known in the west as ‘the golden chain of Hermes’. In Tibetan and Zen Buddhism, they talk about the lineage which relates to this ‘guru parampara’. The esoteric aspect of this has to do with the flow of Divine Shakti from the hierophant, the head of the school, down through the different gurus or Masters of Wisdom to the disciples and aspirants that belong to the school.

This flow of shakti is conditioned by law and cannot be misused. It is this shakti that unites the school with the purpose, plan, and activity of the hierophant. This chain of shakti is like a ladder that is the path and draws all those who make the correct efforts up the ladder of initiation.

To become a member of a school, an aspirant has to have karma with some advanced member of the school. This is the most important point that is rarely mentioned. You may be an advanced soul making progress on your own, but if there isn’t any karma with some esoteric school then there will be no connection with one. An aspirant may not be that advanced but if the karma is there then a connection will occur when the time is right.

One way to look at it is that the school is protected by a wall of high vibration or the note of the school. This wall keeps out undesirable elements that could attack or upset an aspect of the harmony of the school. Each new member is a liability. That’s why there are many tests of the threshold that a probationer has to undergo to purify oneself, thus becoming slowly in harmony with the school.

These tests will happen naturally or maybe generated by the school depending on the level of the probationer. If a probationer fails to purify and transform their negative vibration, they can be pushed out of the outer court until another opportunity occurs and they are brought back into the aura of the school again. This can be in some future life, not necessarily in this life. To be in the outer court generally means the probationer has passed or is in the process of passing the first initiation.

When entering into the next court, the aspirant has become ‘strotapatti’ or ‘stream enterer’, having pasted the Second Imitation. They have awakened that reflection of the Soul on its own plane, the soul in-incarnation, the Essential Nature within and crystallized or stabilized their feeling of a soul there. Such a one can now transfer their consciousness from the personality to this Essential Nature to a certain degree at will and can feel the difference between the two.

This is a very important point. The aspirant now begins really to understand the process of liberation, purification of the bodies, alignment with higher forces, and initiation as an actual fact. They also awaken to the world of inner contacts and know what ‘Left Hand Path’ means. They start to learn secrets that cannot be told straight out through the written word. They can still easily fall from this point and be pushed out of the inner ashram; thus, discipline and vigilance must be never ending, it actually increases, at least until they’ve achieved the initiation of the Arhat which is still far away.