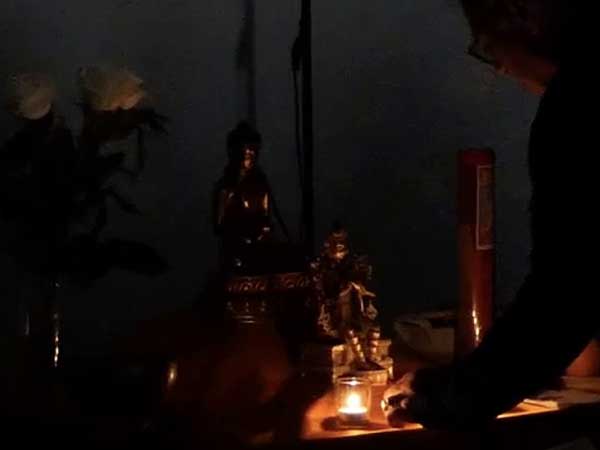 Esoteric Service for the Disciple

A Brief introduction: 3 aspects of Service:

Most aspirant today consider the idea and function of ‘service’ as a major part of their spiritual discipline, or practice. The idea of service was strongly encouraged by the Master DK in the books written by Alice A. Bailey. The teaching given out by the Master DK, though a blend of Indian Sanatana-dharma and esoteric Buddhism, stress the Buddhist concept of the Bodhisattva, or of Service to Humanity. To most aspirant, service means being good, kind, and helping your fellow human. Of course, everyone has their own interpretation, and pursue the path of service based on their interpretation, comfort, limitations, and level of Soul-alignment. Too many, placing quotes from the books of AAB of the teachings of the Master DK, to uplifting platitudes, or quotes from various spiritual teachers on social media, constitutes to them, a form of service. Even the TS now has a service unit which gives funds for such things as animal protection, scholarships, grants, and other good works. All of this is good, philanthropy yes, but not esoteric service. True service as an esoteric discipline is of a different nature. Esoteric service or the true service of the disciple is renunciation, as the Master DK points out in TWM. Service is to the Soul, not the personality. Service is the Path of greatest resistance. Many sincere aspirants talk about service, some have blogs, online discussions, and help their friends on some spiritual level, and so many other activities, believing that they are serving. This is being good and helpful from one personality to other personalities, the path of least resistance. But then if the rare opportunity to truly serve arises, it is disappointing how many shy away, create justifications that they are too busy, it doesn’t feel right, and so many more excuses. This is why true service is ‘renunciation’; one has to renounce their personality attachments to wrong views. Not easy!

I will begin with this premise; there are 3 phases of service:

Let’s discuss each of these 3 aspects to esoteric service separately.

A. Service to One’s Soul

There are 3 facets in this group:

These 3 disciplines appear as separate activities, but are in fact one focused discipline of ‘atma-vicarra’ or ‘self-inquiry. The purpose of self-inquiry is to develop ‘viveka’, spiritual discrimination in order to differentiate between one’s Soul and its projection, the personality. Service is not an action of the personality. Thus, the disciple must learn, and achieve the discipline of centering, a focused awareness in their Soul/Essence, or the feeling of one’s Self-aware Identity. Once this is achieved, the disciple is constantly aligned to Soul impression, which can also include impressions from greater lives, such as the Masters of Wisdom, and the inner Ashram. When this happens, one is usually guided to their true spiritual service as a soul expression that uses the personality to manifest the service on the physical plane. Even my teacher’s direction of his service was totally altered when his Master finally appeared. It was not what he had wanted, and was much more difficult than he expected.

B. Service to the Group

Service to the Group is of 2 categories:

1. One is very fortunate to meet those individuals, who through karmic association, have come together for the purpose of creating an esoteric group of aspirants on the physical plane. Such groups do exist, and they usually form around some more advanced disciple who answers to the vision of the need for some aspirants to come together to facilitate a Group Work on the physical plane. Of the many spiritual groups that exist, few are truly esoteric. Being part of an esoteric group opens a much greater avenue of service for each group member. Within the group, there are three areas of service:

2. Service to the Group on the Inner planes.
This is accomplished by fulfilling your group obligations seriously, and correctly on the physical plane, maintaining alignment to one’s soul, and not dropping down, or giving into those negative emotions that lead to the lower planes. When one drops down and decides to leave their physical plane group, they create, temporarily, an occult vacuum, which can have a disruptive effect on the inner group. Also, if one leaves their physical plane esoteric group, or if one is not a member of a physical plane group, but stops their own aspirational efforts, giving into to the mechanical forces of the world, then that individual actually becomes a burden to the inner plane group, like an anchor dragging on the sea bed, creating greater resistance to those who are still aspiring towards the Light.

By fulfilling your service to your Soul, and Group, you are in fact serving humanity. The effort and impact of a group is much more effective than that of one individual. Each group has the opportunity to serve humanity through group meditation. In this way, a path of light, of power, and of hope is built between the higher forces, and the group. This path of light is like a rent in the thick and dark fabric of the thought-form of materiality/glamour that imprisons the soul of humanity. The light of a group is like a powerful spot light, while the light of the individual aspirant is more like the light a flickering light bulb. On the very advanced level, a group who achieves an inner alignment with a Hierarchical ashram, can become an avenue for much greater souls to appear, thus fulfilling some destiny in the evolution of humanity.